The award-winning Rachel Steele has just added to her resume of musical accomplishments with the premiere of her debut EP “Stupid Love.” Recorded and produced in Nashville with country music great Bobby Randall, this marks Rachel’s first nationally released music and makes her a serious contender in the growing landscape of Country Music artists.

While the Sacramento singer/songwriter kicked off 2018 with the release of her 6-track EP “Stupid Love,” Rachel is also planning to drop her debut music video, ‘Here to Get My Stuff,’ the lead track for “Stupid Love.”


The EP starts out with ‘Here to Get My Stuff,’ a fast-paced song dealing with a breakup between a man addicted to video games and a woman who proves to be strong enough to just walk away. Great intro on guitar as Rachel’s attitude can be heard throughout the songs chorus. The track sets the pace for the remainder of the EP, as Rachel sings about different phases in relationships from breakups and breakdowns to a bit of the ‘Classic’ love.


Rachel’s attitude infused vocals are heard on her more driving songs such as “Addiction’ and ‘Stupid Love,’ commanding the listeners attention.


Slowing things down with ‘Classic’, ‘Mama’ and ‘Run,’ Rachel takes a break from her more sassy side and dials in the charm with a nice mix of influences including country with a bit of a gospel sound.


All in all, this EP hits the spot, especially as a Rachel Steele’s debut EP. While it would have been nice to hear a couple of songs geared toward something other than relationships - wait - Then it wouldn’t be country music then would it?


Between Rachel and the band, everyone was hitting on all cylinders making this an EP worth listening to.

Rachel's debut single "Here To Get My Stuff" is due out in early 2018 with a full EP to be released shortly after that.

Rachel's band, Road 88,  is made of the best players in California. From the soft ballads to the rocking country Road 88 always delivers. 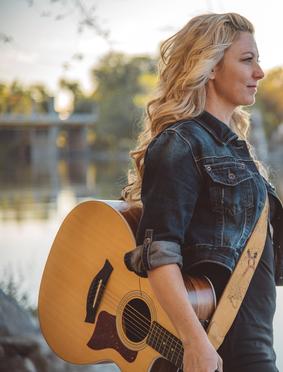 Rachel and her band Road 88 won a SAMMY Award in 2013 for American / Country artist as voted on by local readers of the Sacramento Area News & Review.

Rachel has also had the privilege of playing events for Facebook, Bogel winery not to mention the countless fairs and festivals over the years.

Want to book Rachel for a show? Rachel does public, private and corporate events. Click here for more info.